Every month we will be spotlighting a dancer in Westchester county.  This month, our spotlight turns to Amira Iriz! 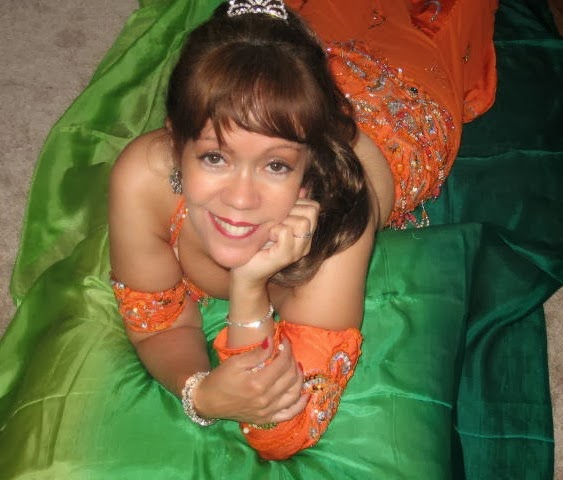 Amira Iriz's great grandparents settled in San German, Puerto Rico, having immigrated from Sevilla, Spain. Amira's actual surname, Irizarry, is Basque. Amira was born in Manhattan and lived on West 64th Street where Lincoln
Center for the Performing Arts now stands. She lived most of her life in the Bronx until she moved to Scarsdale, New York. Throughout her life she had been an avid ice skater, dancing and gliding since the age of 11 with accomplished ISIA levels in Free Style Ice Skating. Growing up Amira loved classical music and took up the clarinet at age 13 playing in orchestras as a teen at Lincoln Center, The Waldorf Astoria, Avery Fisher Hall and on local radio stations. In addition, she also played guitar and "dabbled" in piano and oboe. Because of a jaw surgery Amira does not play clarinet anymore but still enjoys classical music. Amira had also served 24 years in the New York Air National Guard (Air Force), retired in 2009 and holds the rank of Master Sergeant.

In Middle Eastern dance, Amira Iriz is best known for her easy style and ready smile. She has performed for over 15 years at numerous multi-ethnic restaurants, private functions and clubs in the tri-state area, including regular international performances in Cancun, Mexico. Amira Iriz has also sponsored student showcases, professional only shows with notables such as Aszmara Sherry, Julia-Jewel of the Nile, Layla Mary, Rayhana, Shoshana, Oreet Jehassi Schwartz and Zoë Kennedy. She was also the director of New York's only sword dancing Troupe, The Serpentine Sword Dancers.

Today, Amira Iriz enjoys mentoring fellow new Middle Eastern dancers, dancing for Belly Dancers for Charity, and helping others achieve their goals in dance. With her first Manhattan showcase, The Light of the Arabian World in 2002, her goal was to bring new dancers to the forefront by sponsoring them and putting them in the limelight. While time has gone by and so have many shows, Amira has returned to this original goal by privately mentoring dancers and started showcases in restaurants such as Shukaila Lebanese & Indian Cuisine in Yonkers, NY once again as she did this past November 2013. She plans to expand showcase events in 2014 in both Westchester County which she now calls home since 2009 in Scarsdale, NY and New York City.

Amira has been reviewed by Jareeda Magazine as "breathtaking" and "having beautiful hand gestures complimentary to her every move...." 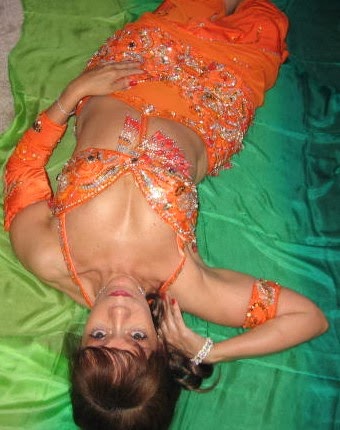 
If you are a teacher, performer, or student in Westchester county and would like to be featured in our monthly series, please email Oracle at delphidme@gmail.com.

Posted by Delphi Dance Ensemble at 10:13 AM